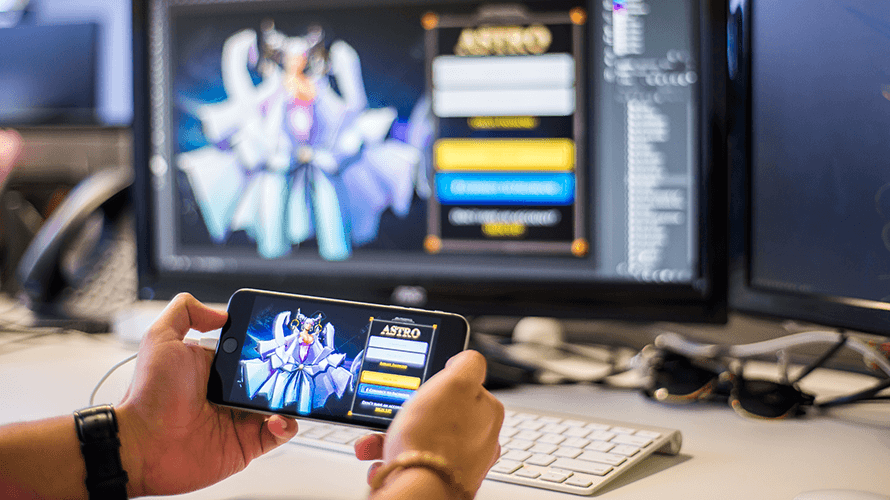 Setting technical specifications is a separate art. Its rules are unknown to anyone. Things that seem obvious to the artist are absolutely not obvious to those who work with him. His task is to understand what points need to be clarified before taking the task to work. Those who are in contact with the artist should take these requirements into account (if possible). In this article we will talk about iOS game development.

The preparation of such a task takes time from the one who puts it. Often in teams in a hurry and set tasks in the spirit: “Just draw a beautiful arrow.” But this time (and maybe more) will still be spent by the team, because the artist will have to go and find out all the points listed above, or correct what he will draw, not understanding what it is for.

There may be more positions if the project is large, or less. Each of these people has their own responsibilities and tasks. The game designer must tell how the art will be used and what his tasks are. He decides, for example, how fast the projectiles fly and how they are animated. Technical requirements for embedding art in the engine come from programmers, but it’s great if they go through the game designer as well. In most cases, programmers and artists understand each other very poorly.

A producer is a person who comes and says: “Make everything red and big boobs, otherwise I won’t sell it.” In such cases, both the artist and the game designer are angry, but the producer is right because he feeds the whole team. He is responsible for the perception of the game by the audience. It is the producer who constantly keeps in mind the expectations of the target audience. The artist sees the game on his screen, and the producer on the page of the store. Each new art is considered: will it be successful or not. The task of the artist is to create a picture that meets the requirements of the game designer and producer.

It is very important that the team has regular work between these three people. The artist liked the picture, the game designer could build it into the game, and the producer could sell it. Therefore, the process of communication between them requires equal involvement from everyone.

First of all, they depend on what devices your game is designed for. For example, if we make a small game for Android and draw some “bold” art that works poorly on weak smartphones, users will be very unhappy. If we make a mobile game, then it is clear that we cannot make super-polygonal 3D in it. There are mobile games designed for tablets and powerful smartphones that can afford to be quite demanding on hardware, because they position themselves like that. Which tools you use will depend on what you can technically implement.

Each of the styles that can be used to create the game has its own audience. The first question you should ask yourself when designing a game is: “What audience do I want to attract? What does my audience expect from me? ” The answer to this question lies in the gameplay. The artist’s task is to understand which styles exist and which audience they affect. In order to understand this, you need to constantly monitor the market and monitor new projects. Each style has its own story among users, and you need to know it.